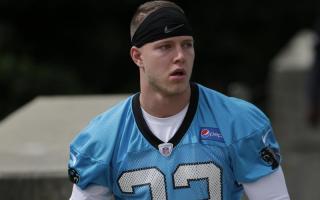 Best Topbet NFL Prop Bets Wednesday, September 6, 2017 Mouthwatering NFL Props At first glance, it might be overwhelming sifting through the NFL regular season prop bets. There's a ton, ranging from division winners to league leaders in a certain statistic. But hey, that's why we're here. We've picked out five of the best wagers Topbet is currently off[...]

Fancy splashing out $100 on the "big fight?" Expect your wallet to take a hit when Conor McGregor and Floyd Mayweather — after years of anticipation and back-and-forth bantering — finally meet in the squared circle. The pay-per-view will run $10[...]

Mayweather vs. McGregor: Over or Under on pay per view record

Expect an all-new pay-per-view record for the big bout The common denominator in the largest-selling pay per views of all time is Floyd Mayweather. The man they called "Money" has broken the two million buys mark on three separate occasions — agai[...]

[embed]https://www.youtube.com/watch?v=HLofFallqNY[/embed] The betting options for the upcoming Conor McGregor-Floyd Mayweather superfight is like an all-you-can -eat buffet — it just doesn't end. Ever. With so many different lines, various prop[...]

We're now under a month away from what may turn out to be one of the biggest sporting events of our lifetime as Floyd Mayweather and Conor McGregor collide. Call the fight what you want — a circus, a money-grab, or even a competitive battle — [...]

Who should you back, the Warriors or the Cavs? After trading championships the last two years, Cleveland and Golden State finally meet again to settle the score. Round three between the two was inevitable, as both waltzed into the NBA Finals. The W[...]