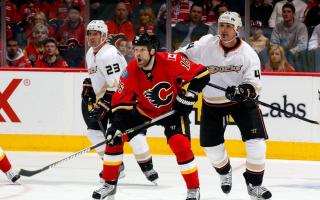 Anaheim vs Calgary: NHL Betting Lines and Game Day Prediction Wednesday, October 16, 2013 Anaheim Ducks: Looking for fifth straight victory After getting blown out 6-1 in their NHL 2013-14 season opening contest against the Colorado Avalanche, Anaheim has regrouped nicely as they have reeled off four straight wins. The Ducks (4-1) have not only been winning but they've also pounded thei[...]

Fans of the National Football League get treated to the 107th match-up between the Dallas Cowboys and Washington Redskins as the Sunday portion of the NFL Week 6 action comes to a close in prime time. Kickoff for this classic NFC East rivalry battle [...]

Thursday Night Week 6 National Football League action brings us the Chicago Bears hosting the New York Giants in a National Football Conference battle. The G-Men are still searching for their first win of the season while the Bears have dropped two s[...]

National Football League Week 5 action comes to a close as the Atlanta Falcons host the New York Jets in the Monday Night Football prime time match-up. While neither of these teams appear ready for prime time, the Falcons are the more talented team i[...]

In what's becoming a familiar scenario, the Detroit Tigers and Oakland Athletics are meeting in the American League Divisional Playoffs for a second straight year. The Tigers won the battle last season but this is an improved Athletics team this time[...]

Major League Baseball wild card playoff action continues tonight as the Cleveland Indians host the Tampa Bay Rays in a win or go home contest. Both clubs were longshots to win the 2013 American League Championship and the winner, who moves on to face[...]