ASB's Blog Sports Betting How To Make Money On Mayweather vs. McGregor

The betting options for the upcoming Conor McGregor-Floyd Mayweather superfight is like an all-you-can -eat buffet — it just doesn’t end. Ever. With so many different lines, various prop bets, and a slew of bookies, this might be a betting overload for some. But that’s why we’re here. Here’s your guide to navigating through all the noise and increasing your chances at a payout come August 26.

Which sports book to use?

Between Topbet, BetOnline, and Bovada — all three books have different lines placed on this fight. And we’re not talking a small difference either, it’s as high as an 115-point swing.  The answer here lies in which fighter you think will win. 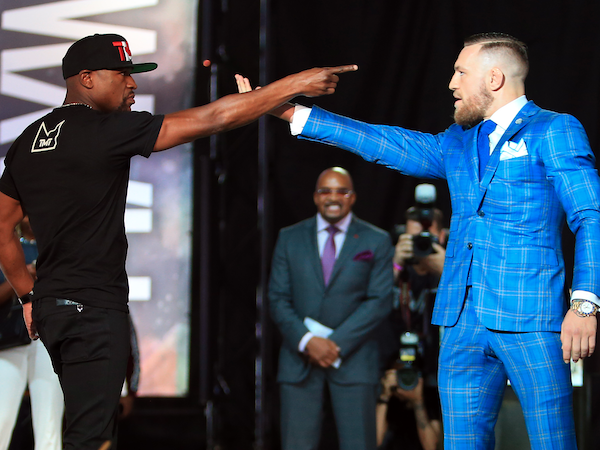 If you lean toward Mayweather, then Bovada is your go-to spot. He’s a -550 favorite there, far better than his -665 chances on BetOnline. Steep odds on both books regardless, but Bovada offers more bang for your buck.

Now that flips if you’re convinced McGregor can stun the world. He’s +490 to win on BetOnline — a sizable improvement from +375 on Bovada.

It’s going to very well take a miracle for McGregor to end Mayweather’s unbeaten streak. But boxing is a sport in which the outcome can be determined in a split second. That alone should give you a reason to take that +490 payout for a McGregor victory. It’s just too much value to pass up.

There’s two prop bets we love. First, the exact method of victory deserves attention. There are only two ways this fight will end — Mayweather by decision or McGregor via knockout.

No matter how novice McGregor is in the ring, Mayweather won’t go for the knockout. It’s never been his calling card, little less at 40 years of age. Bovada offers you the best payout with +230 odds for a Mayweather decision.

In that same token, McGregor and his zero boxing experience isn’t going to outpoint an all-time great. McGregor needs one opening to land his crushing blow and win. If that happens, BetOnline’s +575 is your best bet.

The other prop bet is the amount of pay-per-view buys this spectacle will generate. BetOnline has the over/under at five million — -165 for the over and +135 for the under. Jump on that over. 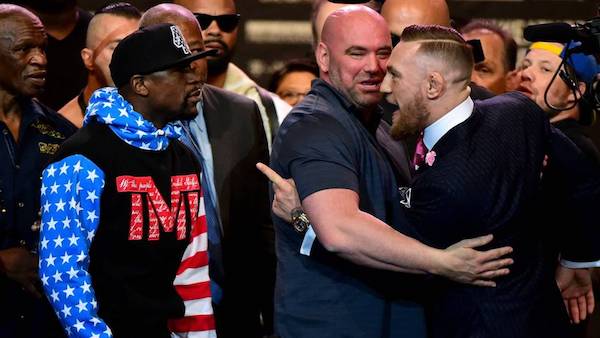 August 26 may very well end up as the biggest fight of our lifetime. In Mayweather, you’re getting a fighter that’s been in the public limelight a whopping 20 years and has sold the most pay-per-views in history by a longshot. In McGregor, you’re getting the hottest combat fighter today with a huge international presence. That’s a recipe for the biggest blockbuster PPV event of all time.

It helps that the build up to the bout has been heated and headline-grabbing. The four-city world tour was a complete circus, but for better or worse, that draws eyeballs. The war of words between two of the greatest trash talkers ever has the anticipation for August 26 at a fever pitch.

Again, this is a two-sided answer. If you’re of the belief that Mayweather wins, then a parlay is an absolute necessity. His odds are too high to earn a big pay day if you’re simply betting him straight up. You’ll need to combine two or three different bets to earn a big return. Parlay a Mayweather win, decision as the exact outcome, and over five million pay-per-view buys to really reap the rewards.

The opposite applies to McGregor. Every wager that results in a McGregor win at least triples your investment. Now, if you want to get greedy, then by all means parlay McGregor. If it hits, that parlay would be an all-time great heist in the betting world.